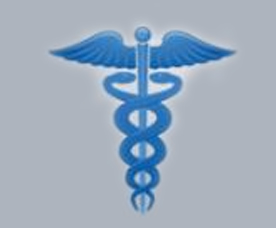 BACK TO CLIENT TESTIMONIALS
DOWNLOAD CASE STUDY
I have a patient who is a biller who works for a couple of doctors. I said to her, ‘Do you want to see how this works?’ She said, ‘Oh, my gosh. If that is the way it works, I wish my boss would get this system.

An EHR Grows an ENT Practice in Brooklyn

When Melvin Wiederkehr, M.D. attended elementary school he learned Yiddish, the language that is spoken in many Orthodox Jewish communities around the world. Little did he know back then that his ability to communicate in Yiddish would become an important differentiator of his Ear, Nose and Throat practice.

But after 32 and a half years in practice in the same location in Boro Park in Brooklyn, New York, Dr. Wiederkehr recalled, “When I opened my practice in 1980 in Boro Park, all of the Yiddish that I had learned came back to me. I speak very fluent Yiddish and my patients like that. They feel much more at ease with a doctor who speaks Yiddish. Most of my elderly patients are Holocaust survivors. They like to see an Orthodox Jewish doctor.”

Noting in his case study that about 75% of his patients are elderly, Dr. Wiederkehr said that over the past eight years, his general ENT and audiology practice is comprised of more Medicare patients. “I have privileges at Maimonides Medical Center, but I’m doing less hospital surgery. I’m doing a lot of office procedures, including fiber optic laryngoscopies, sinus endoscopies and minor surgery. For example, I do transtympanic tubes, nasal polypectomies and biopsies,” Dr. Wiederkehr said.

Not only has Dr. Wiederkehr’s patient base and the services that he provides changed over time, the way he practices has also evolved with the implementation of an ENT EHR.

After seeing an advertisement for WRS on the American Academy of Otolarngology Head and Neck Surgery’s website, Dr. Wiederkehr called WRS. He was immediately impressed with the cloud ENT EHR . “I had investigated a few other EHRs and did webinars. I took a day off from work and went to see Dr. Gordon, who is the founder of WRS. I always recommend to people who are looking for an EHR to take a day off and go to the company to see what their system looks like. When you see it in action you really get a better feel for it. I was very impressed with the way things were run in the WRS office. I spoke to the billing specialist who showed me WRS. Dr. Gordon, who is an ENT, has created an EHR that is best for an ENT. That was one of the big things that influenced me. I hear from other doctors who have EHRs that they thought they could customize templates, but it didn’t really work out that well. I’ve heard some horror stories. WRS is being used by the physician who developed it successfully and it looked like it would work for my practice,” said Dr. Wiederkehr in his case study.

Using separate software modules from different companies can drain a practice’s finances. “Before we were using a different module and we had to hire a billing company. We were spending $4,000 a month between billing, collections and medical records. When we switched to WRS EHR we paid a flat monthly fee. The former company said we were going to lose collections. We’ve maintained our collection rate, or increased it. We’ve saved $2,000 to $3,000 a month. Because everything is under one company we have saved the hidden costs of billing and collecting, going from one screen to another and printing things. We’ve been able to cut our printing and copying costs significantly, so we’ve been very enamored with WRS. Because we are doing everything under one roof with different modules from one company, which is WRS, we are pleased. We have saved a significant amount of money on billing and collection without missing a step,” stated Dr. Kunkes in his review.

Price was also an important consideration. “WRS is very reasonably priced. It was definitely a much better price than the other systems were,” said Dr. Wiederkehr.

Emphasizing in his case study that he was concerned that his former billing agent wouldn’t be prepared for CMS’ changeover from the 4010 to 5010 version, Dr. Wiederkehr said, “That influenced me quite a bit. I do my own billing now. Whatever you put into your WRS note comes up. You just hit the right buttons on the computer and bingo, it’s there. Everything that you have done on a patient – as long as you’ve entered in all the codes correctly – comes right up on the CMS 1500 form. I have one patient who is a biller who works for a couple of doctors. I said to her, ‘Do you want to see how this works?’ She said, ‘Oh, my gosh. If that is they way it works, I wish my boss would get this system,’” she said.

Teaching office staff to use an EHR can put a dent in the time you can devote to your patients. “WRS came over for a day to teach my secretaries. I just hired someone to do the patient intake. The secretaries get demographic information, such as names, addresses and phone numbers. They also scan cards and insurances. I train the M.A.s to go through the history and to ask why patients come to see me. WRS system is very intelligent. It brings you along the way. You can get the patients’ histories, medications and their medical conditions,” said Dr. Wiederkehr.

Pointing out in his case study that some Medicare patients are taking as many as a dozen medications, Dr. Wiederkehr said that he relies on WRS system to assist his staff in recording this information. “WRS nudges them along. You just have to type in three or four letters for name of a medication. For example, for the drug Coumadin, you enter Cou and Coumadin pops up and you can enter it right in, with the dosages if you know them. It’s a nice system. WRS EHR works quite well for us and we’re very happy with it.”

To skeptics who argue that an EHR can’t really make your life easier, Dr. Wiederkehr countered, “WRS makes my life so much easier. If I get a call from a patient and they want a refill of a medication or something is going wrong with them, such as a reaction to a medication that I prescribed, I don’t have to go in the office. If I don’t remember the patient 100% – and it’s hard to remember someone 100% – I just go right on the computer and I can get their records one, two, three. Bingo, it’s there. WRS is so convenient. When I’m on vacation a physician covers for me, but sometimes my secretary will call me or if I am at home I do have access to WRS.”

Recording patient information during routine or repeat visits can be a drag on a physician’s efficiency. Not so with WRS. “Everything from your previous visit is there. Let’s say an elderly person has a hearing aid and they need to have their ears cleaned three times a year. I’m up to that point already, where I see patients three times a year. Everything I put in from the previous visit is already there and I just have to modify it slightly. It’s much quicker than if I were writing these things,” Dr. Wiederkehr asserted in his case study.

Acknowledging in his case study that he was not technically oriented when computers made their debut, these days Dr. Wiederkehr appears to be quite the computer aficionado. “When I went to medical school – you are talking 1975 – computers were just coming out and they were very complicated. Only the geniuses in our class were even talking about computers. My kids grew up on computers. We got a computer in the 1980s. Yes, I have learned,” he said laughing.

While most of his patients are culled from Brooklyn, Dr. Wiederkehr is proud to say that he does have loyal patients who make the trip from as far away as Lakewood, New Jersey. “They travel two and a half hours to see me. I spend a lot of time with my patients,” he said proudly.

Finally, when Dr. Wiederkehr is not providing ENT services to some 60 patients a week, don’t be surprised if you find him casting a fishing pole for trout at his favorite spot, Roundabout Reservoir in upstate New York. While it’s anyone’s guess how many fish he will reel in the next time he takes a break from his work, you can rest assured that with WRS ENT EHR accessibility, he never really leaves his practice or his patients behind.

WRS Health thanks Melvin Wiederkehr, M.D. for sharing his case study on the WRS ENT EHR.