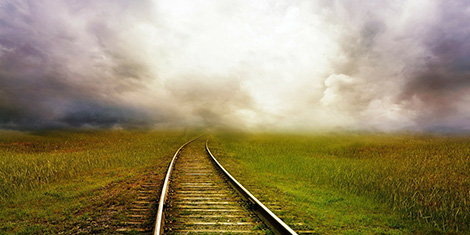 ICD-10: Transitioning from Fiction to Fact

It’s a running fact that the ICD-10 train is about to leave the station, and those that aren’t on board may be in for some challenging times ahead. It’s however a rather prevalent fiction that a lot about ICD-10 is flexible and therefore will not bear down on providers once the deadline passes. These two perspectives may seem like an oxymoron but in reality, they are a dual reality that many eligible professionals and entities are living in as the clock keeps ticking.

Consider the cost of switching over EHR software from ICD-9 to ICD-10. While costing in general has been an ambiguous issue that the CMS has been attempting to tackle, it’s now emerging that the huge costs many doctors had been lamenting when it comes to software changes is more a fiction than fact. In fact, according to the CMS, many software vendors in a bid to keep their patients after the transition are offering the software upgrade for a very small sum and in some instances free of charge.

Another issue that’s been dogging the ICD-10 transition is whether or not payers will be ready for it. It’s a known fact that payers represent a potentially restrictive bottleneck when it comes to the ICD-10 transition and so it’s only right that doctors should be worried. The CMS is also taking this matter very seriously and has embarked on a testing campaign to ensure most of the large payers are ready for ICD-10. They are hoping that by getting the big players on board, the smaller players will have no cause but to speed up their transition as well. This has been lauded as the one things that could make for a smooth transition, especially considering that as things stand, there will be a dip in earnings as doctors’ offices acclimatize to the new way of reporting.

Thirdly, ICD-10 will not be a blanket transition that banishes all other codes and becomes the primary way doctors receive payments. It’s of importance to note, for instance, that ICD-10 codes will not be used to determine payments for outpatient and physician office procedures. These will still be covered by CPT and HCPCS codes. In addition, when ICD-10 is implemented, inpatient providers will report ICD-10-CM diagnosis and ICD-10-PCS procedure codes on claims, which the Medicare Administrative Contractor (MAC) will use to assign discharges to the appropriate ICD-10 MS-DRG. These two points paint a clear picture that there is more to ICD-10 than meets the eye. For this, knowledge and education is key.

To cut through the hype and fiction, providers will need to thoroughly educate themselves on what ICD-10 means for them and their practice. It may be even prudent to bring on a consultant to work through the details so that you have the right picture and perspective going forward. The transition from ICD-9 to ICD-10 was always going to be rather complex and as such will require an early start and tremendous focus in order to cut to the chase on pertinent matters.

Recent Posts
September 28, 2021
5 Actions to Protect Your Practice Against Ransomware
August 17, 2020
Can Technology Relieve the Burden Put on Physicians?
May 15, 2017
Interoperability and HIE: What the Differences are and How They Contribute to the ENT Healthcare IT Environment
May 5, 2017
EHR Interoperability – The Path to Improving ENT Practice Operations
March 28, 2017
5 Ways Cloud-Based EHR Is the Best Choice for ENT Providers
March 15, 2017
6 Ways an ENT Provider Can Make the Most of An EHR
February 28, 2017
7 Ways to Stop ENT Practice Revenue Loss
January 25, 2017
Are Physicians Part of Trump’s 2017 “America First” Strategy… or Not?
October 2, 2016
How to Fly Your ENT Practice Over MIPS with an Advanced APM
September 25, 2016
MIPS or APM? 4 Tips on the Best One for Your ENT Practice
Archives