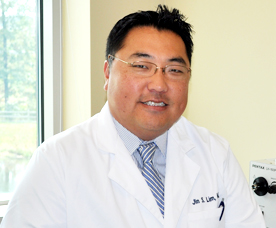 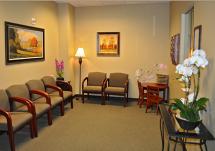 BACK TO CLIENT TESTIMONIALS
DOWNLOAD CASE STUDY
Instead of messages being written down on a scrap of paper, saying ‘so and so called regarding this,’ there is more clear documentation. Our staff used to have to fill out a phone message note when we used paper charts. With people hurrying these days, written messages may not get placed in the chart.

Now Hear This: Ear, Nose & Throat Associates Gets Off To a Healthy Start With EMR

Will patients find you? Can you keep your referral base going strong? Will you be able handle the practice management side of running a business?

These were just a few of the questions that raced through Dr. Jin Lim’s mind prior to leaving a practice he had been associated with for seven years. Despite these daunting challenges, Jin Lim, M.D. decided to strike out on his own.

In January 2012, Dr. Lim opened ENT Associates with offices in Gainesville, VA and Manassas, VA. He specializes in general Otolaryngology and provides a multitude of services, ranging from treating ear disease and sinus problems to performing surgery.

“There were multiple reasons why I left the other practice, but it was mostly to have control of the practice.” Acknowledging that it is challenging to open your own practice, Dr. Lim admitted, “Sometimes it can be scary. The biggest fear is if the patients you had can’t find you. You have to keep your referral base going and having the patient population to keep your practice going. There’s also the logistics of business management–all the ins and outs of running a practice and balancing that with all the decisions that come about and how to proceed and how to change things. There’s every little aspect of a practice. There are so many little things that come up each day and how to solve those problems and how to predict the next problem. The biggest decision to do it or not is mainly, ‘Am I going to be busy enough? Are the patients going to find me? Is the referral base still going to be there so I can have enough of a patient population to support and pay the large overhead?’”

Despite these anxious moments, Dr. Lim, who also employs an audiologist, appears to be off to a great start, averaging about 25 to 30 patients a day. Emphasizing that when he worked at his previous practice, he divided his time between two offices, Dr. Lim said, “Even though it would have been great to reduce overhead by just having one office, I thought that would be a bigger chance to take than to try to keep the patient population at both locations.”

While paper charts were the norm at Dr. Lim’s former practice, he knew that an Otolaryngology EMR was going to be his signature.

When opening a new practice, it’s understandable that a physician is interested in whittling down the start up costs. Noting that WRS is very affordable, Dr. Lim recalled the process he used to find an Otolaryngology EMR. In addition to talking to other physicians and reading various EMR reviews, he tried some of the systems.

“Other physicians showed me how their EMRs worked, and I tried one online for a trial period. Our staff used I knew that I wanted cloud-based software because I have two locations. In addition to reducing upfront costs, I wanted to reduce potential unexpected costs. I was not going to get a server. I knew that going with a web-based system would reduce my overhead costs,” asserted Dr. Lim in his case study.

Dr. Lim reviewed Practice Fusion, eClinicalWorks and Allscripts. His brother, who is also an Otolaryngologist, had used Allscripts for quite some time. When Dr. Lim got together with his brother, he experimented with Allscripts. “With Allscripts I remember thinking that the cost was a little prohibiting. I said, ‘Wow. I’m not sure if this is right for me.’” Emphasizing that Practice Fu­sion didn’t have the capability to assist his two locations with his scheduling needs, Dr. Lim said, “The interface for my front desk staff to schedule patients in multiple offices wasn’t good. There was no way to color code one office versus the other. Practice Fusion was not meant for a two office location practice. It didn’t have what I needed. I could have worked around it and said ‘my Manassas location’ and ‘my Gainesville location’ and had them schedule it for that. I even talked to someone at Practice Fusion. Their support staff said, ‘This wasn’t meant for a two office location.’ I said, ‘That’s not for me then.’”

Dr. Lim was turned off by eClinicalWorks’ large upfront costs for mandatory onsite training. “I out­source my billing so I didn’t need training in that, but they still required onsite training.”

An EMR that requires high main­tenance can be another road­block for a new practice. Pointing out that he found Waiting Room Solutions by reading an ad in an e-mail from the American Academy of Otolaryngology, Dr. Lim said, “I decided to click on it and I looked at it. I knew that an Otolaryngologist had developed WRS. The other reason I liked Waiting Room Solutions versus eClinicalWorks is because I was starting up my business with a small staff, I was interested in getting a program that could be managed with ease. If there was a problem, I didn’t want to have to employ someone to fix it. I wanted a system that would enable me to learn from self-training and not require much manipulation from support teams. I wanted a smaller program so that there weren’t so many variables that I needed to look into.”

Pointing out in his case study that the Otolaryngology templates in WRS are helpful, Dr. Lim said, “For the HPI portion, if I set up more templates, at least what I like to mention on the HPI, it will be helpful for me versus having to hand type in or hand write. I’m using the Physical Exam Review System which is included in all of the ENT Note formats in the system.”

Dr. Lim said he is finding that the technology is being embraced by younger patients. Prior to their office visit, they are going online and filling out forms. “It does help me. My staff doesn’t have to spend time entering the intake information.” Dr. Lim’s patients are using the Otolaryngology EMR Messaging capability to request appointments and he is using it to provide patient information as well as to improve his documentation. “The one thing I do like about it is that instead of messages being written down on a scrap of paper, saying ‘so and so called regarding this,’ there is more clear documentation. Because people are in a hurry, phone messages that are written on paper notes may not get placed in the chart. This way, they’ll take a message for me, ‘please call this person for this problem.’ I’ll write a response and instruct them to put it in the chart. It’s better than sticky notes with messages that sometimes get lost. With sticky notes, you are always afraid that with an important conversa­tion that happened over the phone, if you don’t have the physical chart in front of you, you don’t necessarily end up documenting. That no longer happens because the computer is always in front of you. It really helps with documentation—not just the progress note and the visit but the other random documentation including when you are at home and you get a call or when you are on call or in the middle of the night. That’s a lot easier to document. It’s a lot easier not having to call in a prescription. Even if I’m at home I can send in the prescription electronically so it’s documented instead of having to write on a sticky note at home and bring it in and hope it makes it into the chart somehow. The non progress note documentation is a big advantage of having WRS EMR,” Dr. Lim asserted in his case study.

WRS is also instrumental in helping Dr. Lim to prevent medication errors. “Even in chart notes, we could write medications without writing the strength and dosage. That’s not the right thing to do with all the documenting we need to do nowadays. It’s easy for me to click on something and add the details. It prevents medical errors,” said Dr. Lim, adding, “Electronic prescribing needed to happen with Medicare rules, so I needed an Otolaryngology EMR with e-prescribing.”

Dr. Lim continued, “This is a good system. It has everything I need. The customer service support staff has been good. They give a quick response to any problems. So far I’ve been happy with it. I haven’t had any major issues. Part of what I liked is the simplicity. It was not a convoluted system with multiple levels and sublevels. eClinicalWorks had so many options. That made it tougher. A lot of people like Practice Fusion because it’s so simple. For me, it was too simple. WRS was simple enough that it didn’t make everything too hard to handle for my staff and myself, but it has everything that I need.”

Dr. Lim is planning ahead in preparation for the Meaningful Use Incentive. He said, “I wanted to have the option to go for Meaningful Use. I couldn’t do that without something that has that (cri­teria) in the system. That was definitely a consideration in getting WRS–knowing that the criteria were built in to satisfy the Meaningful Use,” he said.

When it comes to offering advice to physicians who are on the prowl for an EMR, Dr. Lim had this to say: “WRS is a good software system. It will work well for small and large practices. It’s a very reasonably priced software for everyone to use. Everything fulfills my needs. I never have a problem accessing records at the hospital.”

Dr. Lim, whose philosophy is to treat patients as if they were his family, never dreamed of opening his own small business when he was in medical school. “Absolutely not. I wanted to have my own practice, but I didn’t want to be a businessman. I still don’t want to be a businessman. I don’t like the business aspect. I’d rather not have to think about the “ins and outs” even though I’d like to have a say on the “ins and outs,” including employees, staff and how the practice runs. I definitely don’t have any regrets. My quality of life has been much better since being on my own with the help of WRS,” he said to conclude his case study.

WRS Health thanks Jin Lim for sharing his case study on the WRS Otolaryngology EMR.