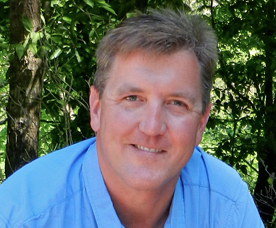 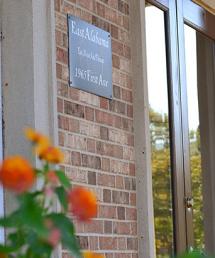 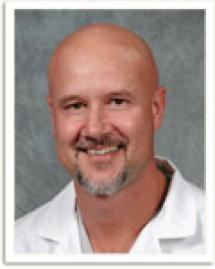 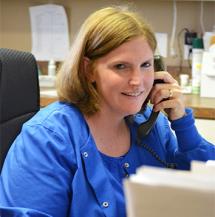 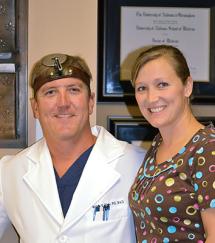 BACK TO CLIENT TESTIMONIALS
DOWNLOAD CASE STUDY
My protocol is: I do the surgery, I dictate, I write orders, I enter the patient’s data, I create a surgery note on the software and I talk to the family. I can do a lot of that all at one time and it takes me one minute. Before I leave the OR the bill for the procedure is already at Gateway. It’s ready to go.
WordPress Gallery Plugin

Dr. William Blythe, M.D., boasts that he had a Commodore Personal Computer when it made its groundbreaking debut as the first PC back in 1976. These days, Dr. Blythe is still in love with technology. He has remained tech savvy over the years and credits this in helping him select an EMR that is propelling East Alabama ENT forward. Dr. Blythe, along with Warren Stiles, M.D. and Stites Whatley, M.D., offer complete ENT services at their East Alabama Otolaryngology Practice. Their services run the gamut from head and neck surgery to general ENT to allergy and sinus to cochlear implants. Two of the physicians see 150 patients a day, while the third doctor works in the OR. “Our area is relatively undeserved in relation to the number of Otolaryngologists per capita. It’s an area of 3000,000 to 350,000 residents. Although it is a university town, it is really a rural type of healthcare,” said Dr. Blythe.

Tech Savviest Of Them All

Looking back on Medic, the practice’s original software system, Dr. Blythe said, “Like most prac­tices, we had a Unix-based system with a dedicated server and work stations. We basically used it for scheduling patients and Revenue Cycle Management. By 2001, we had outgrown our sec­ond UNIX system and were looking to replace it with new hardware and software. Our choice was whether to purchase a new system with the “old” server and software setup, or to look for an Internet based Application Service Provider (ASP). ASPs were just making significant headway into the practice management and medical software market, and I began looking into them ear­nestly. An Internet based platform seemed to be the permanent solution that we had been looking for over the past seven years.”

In addition to WRS, Dr. Blythe evaluated Allscripts, Cerner, Greenway, Simplicity, and GE Centric­ity. “The EMR had to be web based, and it had to be an all-in-one product. If I were to give any advice to any doctor, these two things are basic. I type well, but one of my partners doesn’t. He has abbreviated shorthand. My other partner dictates. I wanted an ENT EMR that was amenable to fast data input and that didn’t force a doctor to use any one method. It had to be quick and versatile,” stated Dr. Blythe.

EMRs Are All the Buzz

Recalling in his review how he found WRS via a Google search of the words EMR Otolaryngology, Dr. Blythe said he learned that WRS was created by Dr. Lawrence Gordon, a practicing Otolaryngologist. “WRS was robust. I got interested in it,” said Dr. Blythe. East Alabama ENT implemented WRS in February 2010, a year after talks began with Waiting Room Solutions. “In the process of talking to the salesperson, the tech people, the training staff and Dr. Gordon, one of my significant questions and concerns was, ‘Where are you going? Will you get certified?’ Everyone was talking about EMRs. It was relatively early, but people were talking. It was on the horizon. It wasn’t like it is today. If you go to an EMR and it is not certified, it’s like putting money in a bank that’s not FDIC insured. You’re a fool. I was aware about Certification and the early ideas of Meaningful Use Incentives.” Noting in his review that he liked how WRS CPT Codes were updated and how easily he could search those codes, Dr. Blythe conceded, “I asked WRS so many questions that they could have gone crazy, but they answered all of my questions correctly. WRS was online and that impressed me. WRS offered a complete package with many data input options. WRS was the first company I didn’t feel was trying to reinvent the wheel for everyone.”

WRS expert partnerships also made the system a strong contender in the eyes of Dr. Blythe. “I was interested in the ENT EMR’s e-prescribing capability. SureScripts does 90% of e-prescriptions. That impressed me. I was also attracted to the claim submission for HCFA 15000 data entry. Many practice management software firms and companies build an interface so you enter data on their website, which populates that information to a HCFA 1500. WRS dispenses with that middleman. Instead, all you do is enter the information on the HCFA 1500. For years we filled out the HCFA 1500. This is more efficient. You can just pull up the form if you want to look at a claim or any submissions. It’s great that you no longer have to do this through a company’s interface or via an individual’s interpretation. That was one of the things that I liked about WRS. They are using the best parts of the healthcare industry –Gateway, HCFA 1500 and SureScripts. WRS put together a group of all-star players that are working together. That was really important to me,” stated Dr. Blythe. Emphasizing that East Alabama ENT is a very economically efficient practice, Dr. Blythe said, “We’re very fiscally conservative and efficient. We have a group that manages our practice. They oversee our financials and run a monthly report and tell us how we are doing. When we were looking at making this final change we really didn’t have anywhere to go but down as far as mon­ey because we were so very efficient. Our accounts receivable was 28 days. We were collecting 98% of expected collections after contractual write offs. When we started talking to each individu­al EMR company, I said, ‘The bar has been set high. We are going to change, but if our numbers go down and we become less efficient financially, we’re going right back.’ I was very honest about revenue cycle management. I talked to everybody about every aspect of claims entry and clear­inghouse. WRS uses Gateway, which is the largest clearinghouse.”

What business doesn’t like to save money? With the WRS patient portal, East Alabama ENT is dramatically shaving its costs. Describing WRS Scheduling and Patient Reminder Phone and E-mail capability as “flawless,” Dr. Blythe said, “WRS selling point was their patient portal. I was not going to pick an EMR that didn’t have that. That helped make the final decision. It has very nice scheduling, patient appointments and reminders.” Dr. Blythe said the practice is encouraging patients to contact the office electronically. “WRS patient reminders go out by e-mail. What used to go out with paper in new patient forms–de­mographic information, medical history information sheets, and practice notifications all goes by e-mail. We save a bundle on postage, paper and printing, because every time someone makes a new patient appointment everything goes electronically. We also save a lot of labor because previously someone had to address an envelope and stick in the papers and information that the patient would have to send back,” asserted Dr. Blythe. Not only do patients get an electronic reminder of their appointment, they also can click on a link prior to their appointment to update their medical information, including medications and any changes that have occurred since their last visit. “When they come in to the office everything is ready to go.”

Emphasizing that connecting with patients via the patient portal is the future of healthcare, Dr. Blythe said that when patients come to the office, the front office staff makes sure they have the patients’ proper e-mail address. If patients went online prior to the appointment to update their medical information, they are seen immediately. “We reward them. The reward is their time. If a patient calls in and says, ‘I have a bad sinus infection,’ and we’re booked out weeks in advance, they can e-mail me to tell me what’s wrong and I’ll double book and see them. People are grate­ful that a doctor e-mails them personally. We try not to punish those who don’t e-mail because a lot of underprivileged people in Alabama don’t have a computer. We’re trying to build the future. I explain that the other patient gave information online. It just requires a lot of work for us to enter the information. We don’t mind doing it, but you have to wait if we enter the information for you.”

Billing at the Speed of Light

Before he leaves the operating room, the bill for Dr. Blythe’s procedure is at Gateway. “I do all of my own billing. When I do a surgery, for example, a tonsillectomy–before I ever leave the OR, I create a surgery note and enter the patient’s charges into WRS. My protocol is: I do the surgery, I dictate, I write orders, I enter the patient’s data, I create a surgery note on WRS and I talk to the family. I can do a lot of that all at one time and it takes me one minute. Before I leave the OR the bill for the procedure is already at Gateway. It’s ready to go. It’s fast. Before a patient reaches our front desk office, visit claims are already at the insurer. We got really efficient at that. Most pa­tients’ claims are in real time as opposed to the old days where we created a super bill and a front desk person would enter those claims and then we would review them at night, batch them and they’d go out the next day and surgery charges would go out a week later after we had a chance to code them. Now it’s all instantaneous.”

When it comes to the WRS Team’s approach, Dr. Blythe couldn’t be happier. “When you e-mail or make a phone call and say, ‘I wanted it yesterday’ they come through with flying colors. It works perfectly. We had to learn the WRS system. Once you learn it, it’s very easy.”

When queried if having an ENT EMR translates to more leisure time, Dr. Blythe replied, “If your soft­ware is more efficient, it would allow you to see the same number of patients in less time and go out and fish and hunt. But our practice is so big that it has not allowed us to take more time off or see more patients or get home any earlier, it’s just allowed us to see more patients.”

From One Techie to Another

Finally, there’s no doubt that Dr. Blythe has the tech smarts to know a great EMR when he sees one. You can sense his pride when he recounts an encounter he had with a patient who was a vis­iting professor from Irvine, California who holds a wireless engineering Ph.D. degree. “He came to our office because he had trouble with his ear. He told us we were the most tech savvy and advanced electronic office he’d ever been in and that includes offices in Irvine, California where Apple is located. He was impressed with WRS because he was away from home and even though his billing address was in California, all of his patient information was e-mailed through WRS. He was able to access that information,” said Dr. Blythe to conclude his review.